“Several years ago, I wrote this novel to bring some subjects to the fore, such as diverse and powerful female characters, ecology, different families (single parents, large families, poor and rich backgrounds), and diversity of body types. The characters are never totally as they seem to be. The reader can feel a lot of emotions; the story is like a roller-coaster.

About the characters, we have ingenious children and teenagers, a biracial rebel princess and a maimed female warrior, among others. Politics, treason, magical powers, epic battle scenes, a little bit of romance – these are the themes you can find in this story.”

For twelve years, the power has been usurped at the Realm of Harcilor. Cyr, an erudite, and his adopted son, Kaaz, have formed a secret school.

Indeed, in this world, some people were born endowed with magical abilities: the Silarens.

However, it is not that easy to detect your own powers. They will soon be joined by a mysterious young woman who will provide them with valuable information.

When Litar – the most powerful being of the realm – goes away for two months, they finally foresee the opportunity to act.

Can they win their freedom back? Will they make the right choices?

Grab your copy on Amazon now, or find it on Goodreads. You can keep up to date with the latest book news on the Facebook page.

She graduated in Cinematography and English, studied philosophy, literature and lately, at University, she had the chance to follow classes about the Image of Women in the Media as well as the Female Gaze: Women directors. She then worked as a PA for films and TV, and also wrote, directed and produced episodes for 3 webseries and short films.

The will to write without boundaries led her to become an independent author. Her first novel is POWERFUL – T1: The Realm of Harcilor, a fantasy novel acclaimed by more than 85 French literary bloggers.

Her second book is a sassy chick-lit ‘Mes 7 ex’ (My seven exes), and the 3rd one ‘SHEWOLF’, urban fantasy genre, has been read by 1200+ readers and stayed on the Amazon’s Supernatural top 15 for 5 months.

One thought on “Introducing: Powerful – Tome 1: The Realm of Harcilor by S. N. Lemoing” 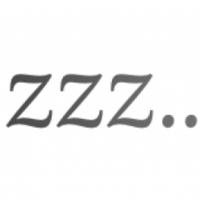