To celebrate the release of Sometimes I Lie by Alice Feeney, The Bandwagon is giving you a sneak peek of the first chapter!

My name is Amber Reynolds. There are three things you should know about me:

2. My husband doesn’t love me any more.

I’ve always delighted in the free fall between sleep and wakefulness. Those precious few semi-conscious seconds before you open your eyes, when you catch yourself believing that your dreams might just be your reality. A moment of intense pleasure or pain, before your senses reboot and inform you who and where and what you are. For now, for just a second longer, I’m enjoying the self-medicated delusion that permits me to imagine that I could be anyone, I could be anywhere, I could be loved.

I sense the light behind my eyelids and my attention is drawn to the platinum band on my finger. It feels heavier than it used to, as though it is weighing me down. A sheet is pulled over my body, it smells unfamiliar and I consider the possibility that I’m in a hotel. Any memory of what I dreamt evaporates. I try to hold on, try to be someone and stay somewhere I am not, but I can’t. I am only ever me and I am here, where I already know I do not wish to be. My limbs ache and I’m so very tired, I don’t want to open my eyes, until I remember that I can’t.

Panic spreads through me like a blast of icy cold air. I can’t recall where this is or how I got here, but I know who I am. My name is Amber Reynolds. I am thirty-five years old. I’m married to Paul. I repeat these three things in my head, holding on to them tightly, as though they might save me, but I’m mindful that some part of the story is lost, the last few pages ripped out. When the memories are as complete as I can manage, I bury them until they are quiet enough inside my head to allow me to think, to feel, to try to make sense of it all. One memory refuses to comply, fighting its way to the surface, but I don’t want to believe it.

The sound of a machine breaks into my consciousness, stealing my last few fragments of hope and leaving me with nothing except the unwanted knowledge that I am in a hospital. The sterilised stench of the place makes me want to gag. I hate hospitals. They are the home of death and regrets that missed their slots, not somewhere I would ever choose to visit, let alone stay.

There were people here before, strangers, I remember that now. They used a word I chose not to hear. I recall lots of fuss, raised voices and fear, not just my own. I struggle to unearth more, but my mind fails me. Something very bad has happened, but I cannot remember what or when.

Why isn’t he here?

It can be dangerous to ask a question when you already know the answer.

He does not love me.

I bookmark that thought.

I hear a door open. Footsteps, then the silence returns Sometimes I Lie 11 but it’s spoiled, no longer pure. I can smell stale cigarette smoke, the sound of pen scratching paper to my right. Someone coughs to my left and I realise there are two of them. Strangers in the dark. I feel colder than before and so terribly small. I have never known a terror like the one that takes hold of me now.

I wish someone would say something.

‘No idea. Poor love, what a mess,’ replies another woman.

I wish they’d said nothing at all.

I start to scream. My name is Amber Reynolds! I’m a radio presenter! Why don’t you know who I am?

I shout the same sentences over and over, but they ignore me, because on the outside I am silent. On the outside, I am nobody and I have no name.

I want to see the me they have seen. I want to sit up, reach out and touch them. I want to feel something again. Anything. Anyone. I want to ask a thousand questions. I think I want to know the answers. They used the word from before too, the one I don’t want to hear.

The women leave, closing the door behind them, but the word stays behind, so that we are alone together and I am no longer able to ignore it. I can’t open my eyes. I can’t move. I can’t speak. The word bubbles to the surface, popping on impact and I know it to be true.

Sometimes I Lie is out now! You can read my review here. 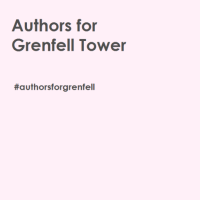